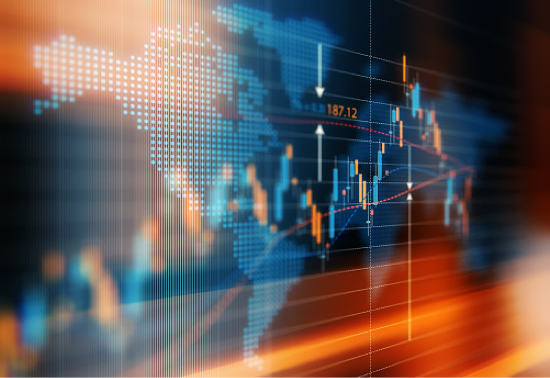 The company has operations in the Nordics. Their FX operation is decentralized, so each subsidiary trades FX on their own behalf with a local branch of the group's partner bank. In Sweden there are two separate legal entities of the group trading with the same local bank branch.

Before signing up with Just, the Head of Treasury was under the impression that all group subsidiaries were receiving the same pricing from the bank, since the overall bank agreement was centrally negotiated.

“We had never done a proper benchmarking process for FX operations, but our partner bank had promised us that we were treated fairly throughout the Group.”

Since their FX operation is decentralized, it was important to create a group-wide understanding of the importance of using Just FX Analytics. We set up a brief onboarding meeting with all users via video, where Just explained the value proposition and how to use the product, including how to upload trade receipts.

Within a couple of days, the Head of Treasury was able to see all their historic trades across subsidiaries, broken down per FX instrument and currency pair. The analysis showed that the bank was in fact discriminating on subsidiary level, pricing all subsidiaries differently, and margins varied from 550 per million in one subsidiary to over 2,000 per million in another:

“I was shocked when I saw the initial result. It turned out that the bank had implemented significant price discrimination between our subsidiaries, where our Danish subsidiary were charged a margin four times as high as one of our Swedish subsidiaries. Also, we learned that even though our two Swedish subsidiaries traded with the same broker, they didn't have the same margin.”

Immediately after the results were in, the Head of Treasury called the bank for a meeting to discuss their FX rates.

"We came prepared and showed the bank the Just FX Analytics report. We showed them the subsidiary overview, and asked why they were pricing our subsidiaries differently. Right there and then, the bank were unable to answer this, but they agreed to reduce the margins for two of our subsidiaries, making up an annual savings for the group of NOK 1 million annually."

A couple of days after the meeting, the bank returned to the Head of Treasury with a formal answer as to why they had applied different margins for the group entities. According to the bank, the margin applied corresponded with the level of service each entity got from their local FX provider.

"When I asked why the bank couldn’t reduce the overall margin all the way down to lowest priced subsidiary, the bank said that we had to choose between quality or price. Apparently, the bank was under the impression that they were delivering a high-quality service, to some of our entities. This was not the case…"

The bank's unwillingness to reconsider their pricing structure spurred a new meeting between the customer and Just. Based on the rigidity of the bank, it was clear that they were leveraging their position as the sole FX provider. The customer and Just agreed that the next move should be to look for optionality. More specifically, are there any FX providers out there that are willing to provide the customer with FX at a lower price than their current provider?

The Head of Treasury mentioned to their existing FX bank that they were considering opening up to multiple FX providers, and thereby creating competition around their FX business. Losing the customer's entire FX business would have represented a loss of 7.4 million NOK annually in revenue for the bank.

"We agreed to have another meeting with the bank, where our  main customer relationship partner was present. I just went through the report from Just once more, and after the 30 minutes meeting, the bank agreed to reduce all margins down to 550 per million exchanged."

By being steadfast and arguing based on actual historic trades conducted over a period of one year, the customer was able to reduce the margin their bank applied from an average of 1,000 per million exchanged to 550 per million exchanged. The customer, who trades a total of NOK 7 billion over the course of a year, ended up saving NOK 3.2 million annually.

Now, the story doesn't stop here. Since Just was incorporated, we have analyzed thousands of trade receipts on behalf of Nordic companies. We know that price discrimination is prevalent, but more importantly, we have enough customer data to pinpoint what a fair margin would be for our customers, based on comparable companies.

We also know that introducing an additional FX provider to the mix is a great contributor to reduce FX margins. So our final advice to our customer was that they should still be looking for alternative FX providers. Which they currently are.

The customer still uses Just FX Analytics to make sure that the bank adheres to the agreement, and because it provides the Head of Treasury with 100% control and oversight of the group's FX operation.

“Working with Just has been really insightful, and it has showed me that being on top of our FX operation is highly valuable. They have basically informed me of a problem I initially didn’t know existed. On top of that, they have been really helpful in guiding me through the negotiation phase with the bank"